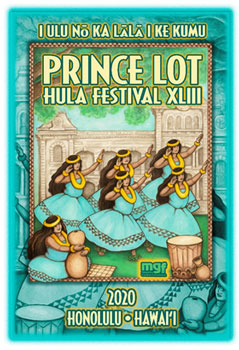 Instead of a live in-person event, I Ulu Nō Ka Lālā I Ke Kumu, Youth blossoms from a strong foundation, the 43rd Annual Prince Lot Hula Festival, is moving to a televised program on KHON2 on Thursday, October 29 from 7 to 9 pm, announced Moanalua Gardens Foundation (MGF), the festival’s producer. Founded in 1978, the festival honors Prince Lot Kapuāiwa, who helped reprise hula in Moanalua and reigned as Kamehameha V from 1863 to 1872.

The two-hour virtual festival will also be live streamed globally and rebroadcast on KHON2 and sister station KHII. It can also be viewed later on MGF’s YouTube channel, along with additional vignettes that could not be included in the television program.

This event will be taking place on Thursday, October 29 from 7pm to 9pm

Thanks for Listening to KCCN - FM100! Please register to continue listening. Thank you!